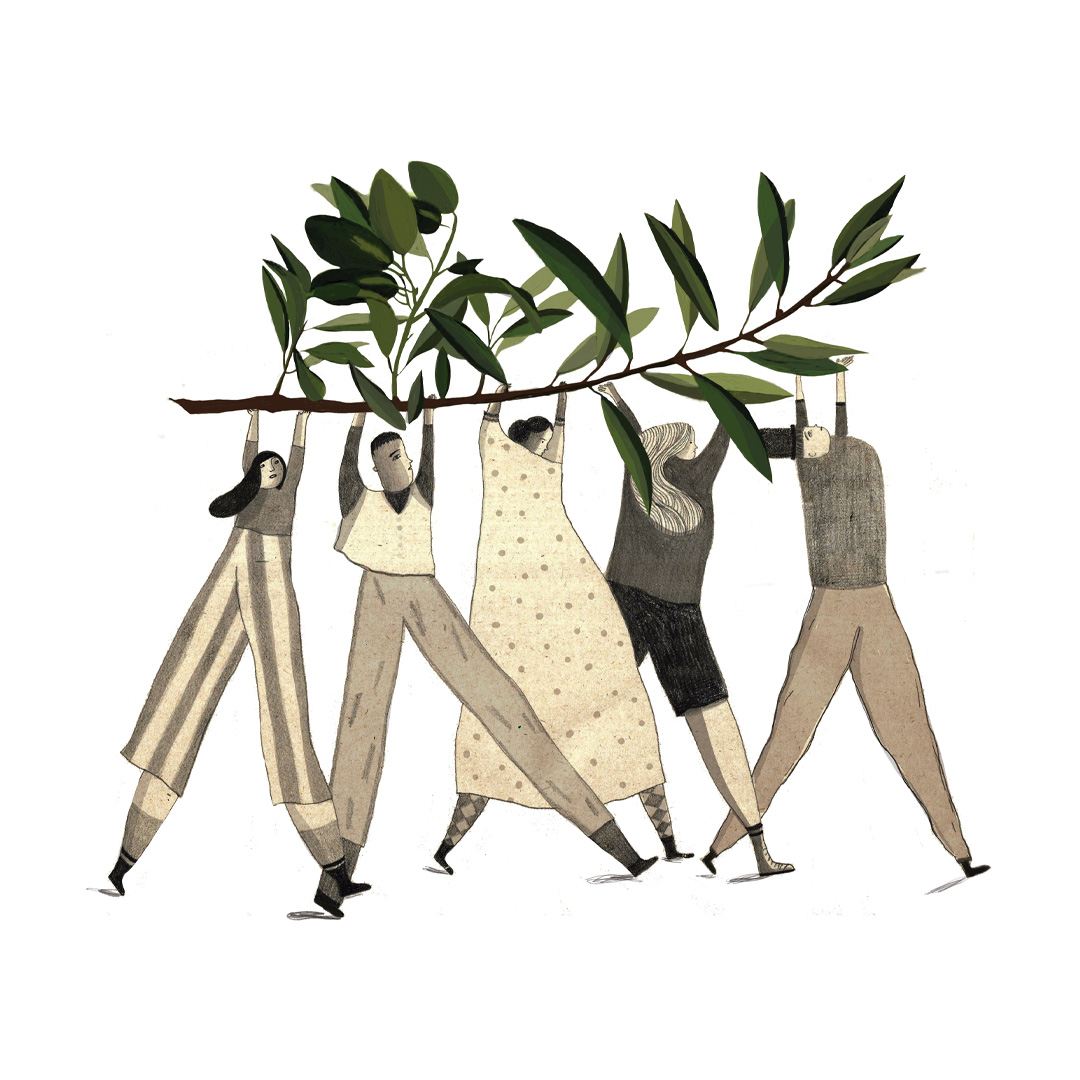 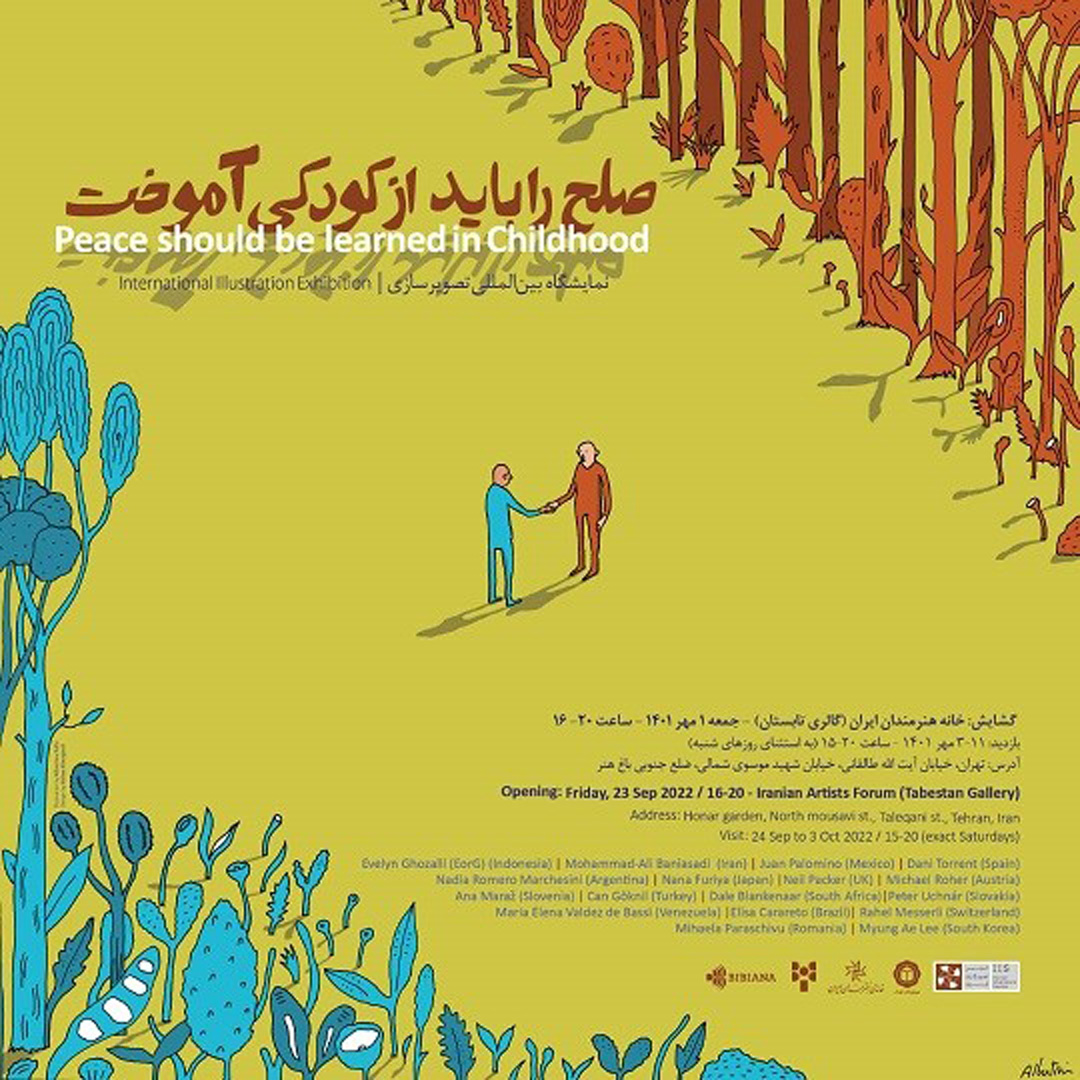 The illustration I am sharing with you for the fourth edition of the illustration exhibition "Peace must be learned in childhood" is based on two elements that converse in the image: on the one hand, the human figures representing humanity, and on the other hand, the olive branch as a symbol of peace used since ancient times. The olive branch was one of the attributes of the Greek goddess of peace, Irene, and symbolised abundance and victory over evil spirits. In ancient Greece and Rome, olive branches were exchanged as a peace offering after a battle.